April Mims is debt free and enjoying exactly how liberating the experience has been. For today’s New Year New You 2015, she’s challenging the notion that living in debt is normal in hopes to encourage someone else to complete their debt free journey.

Credit cards keep millions of Americans in bondage to the tune of $882.6 billion or an average of $15,000 per household.  April paid her credit cards off and has a strategy in place to avoid having to dig out of debt again. Enjoy her interview and be inspired!

1. How long have you been debt free and how much debt did you pay off? We have been debt free since October 2011 after paying off approximately $25K in credit card debt and an auto loan.

2. What led you to begin the journey out of debt? We looked at the amount of money we earning and realized that there was no reason to have debt. We made enough money to cover our needs and many of our wants and should have actually been saving money. There was absolutely no reason we should have had any debt.

3. What impact did your parent’s example have on your approach to finances before or after achieving debt freedom? I believed growing up that my family was broke based on comments that were said to us such as “we can’t afford that” or “we don’t have the money for that”. As an adult looking back, I realize that we weren’t wealthy but we could afford many of those things. With my children, I chose different words to say that I CHOOSE not to spend my money on that.

4. Can you describe the feeling you had after paying your last debt payment? It was such a relief to pay off our last debt and to vow to never be in debt again. It is so comforting to know that we aren’t throwing away a ton of money in interest payments for things we don’t even remember buying. A vacation is so much more relaxing when you’ve paid cash for it too!

5. How do you intend to avoid being a yo-yo debter (going back into debt)? We no longer have credit cards so there is no option to go back into credit card. Not paying interest has allowed us to start saving money so anything we need now we are able to pay cash for.

6. What encouragement can you provide to those just beginning their journey out of debt? Get rid of the credit cards! It’s too tempting to pull that out when you don’t have enough cash but that ends up sucking you deeper into debt. Having a good credit score isn’t important if you have cash to pay for everything. Not having the stress of paying a car payment or credit card bill each month and not making any significant progress on paying it down is an amazing feeling. Eliminating those payments allows you to save enough to pay cash and stay out of debt. Not worrying about money is a huge burden to be lifted. Stick with it….it’s worth it! 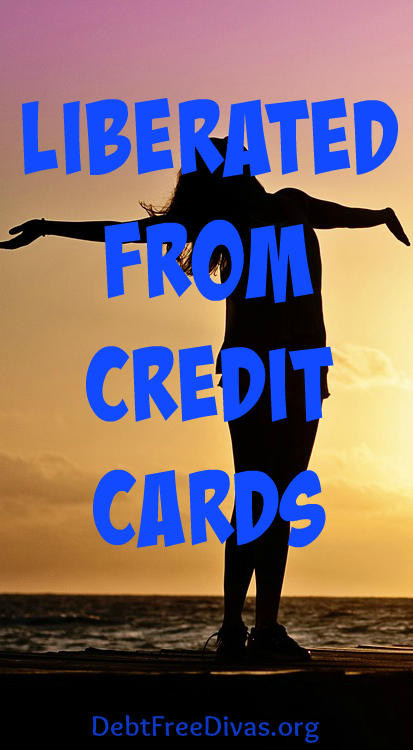 Sacrificing for Debt Freedom’s SakeShoot for a Debt Free Home