How to Persevere, Win With Money, and Find Financial Peace

In the beginning, I understood personal finances to mean paying your bills on time and ensuring there was enough money in the account to cover checks.

Leaving home at seventeen to enlist in the Marine Corps set me up to receive money on the 1st and the 15th of every month. Early in my career, I obtained my first credit card. It was the AAFES STAR card with a 0% interest rate that could only be used for uniform clothing.

Over the next ten years, I applied for and received multiple loans (auto, consolidation, and personal) and had several credit cards. I remember thinking to myself, if they approved me for it, then it must be good.

I was so wrong. 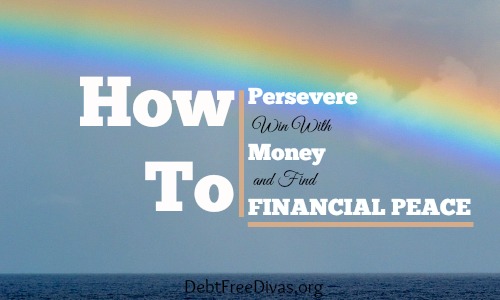 My Relationship With Money

In the credit card industry, I was considered a “revolver”. I only paid the minimum balance each month. Credit card companies LOVE revolvers and they dislike “deadbeats”. Deadbeats pay their credit card balances in full each month.

I justified my credit card purchases by saying, “I’ll pay it off when I get paid again”, but that rarely happened. My balances continued to increase.

One car never satisfied me for too long. Once, I went to the Toyota service department in Stafford, Virginia to get an oil change on my Toyota Corolla. Mind you, I bought the car less than a year earlier. Instead of staying in the waiting area, I decided to take my three kids and walk the lot just to look.

I left that dealership in a Toyota Camry. The salesman convinced me that the kids needed more room. Ugghh!!!!

I Needed Help And A Fresh Start

I was in an counterproductive payment cycle and knew something needed to change. In July 2006, I started a financial journal. That was my saving grace. I started tracking my disposable income.

I even continued to journal while on deployment in Afghanistan.

In addition to journaling, I began to focus on studying the Bible and applying what I learned. I was contributing to my retirement using the Thrift Savings Plan, but I really didn’t understand the different funds.

My journal entries contained which bills needed to be paid on each paycheck. I was also tracking my debt-to-income ratio. I started putting money into savings, but there was still something missing. I was financially illiterate and I didn’t have anyone to turn to.

In 2010, my unit Chaplain began offering Dave Ramsey’s Financial Peace University during lunch on Tuesdays and Thursdays for five weeks. The course material was free.

This course was an eye opener. I was not familiar with Dave Ramsey but I knew it dealt with financial peace so I had to check it out. I brought my lunch throughout the course, listened to the presentations, and cut up several credit cards.

Dave Ramsey’s baby steps were what I was missing.

Prior to the class, I was trying to do:

all at the same time.

After following the baby steps in order, I started making progress.

From 2010 – 2013, I deployed to Afghanistan for seven months and then took college courses for two years. My baby steps slowed to a crawl.

After enrolling in Financial Peace University for a second time, I was determined more than ever to finish what I started. Surrounding myself with others who were on their journey kept me motivated and it was encouraging to see that I was not alone.

Yes, I was financially illiterate but I was determined to do something about it. I graduated with a Bachelors of Science degree in Business Administration with a concentration of finance in 2013 with no student loan debt. I completed Financial Peace University a second time in 2014. 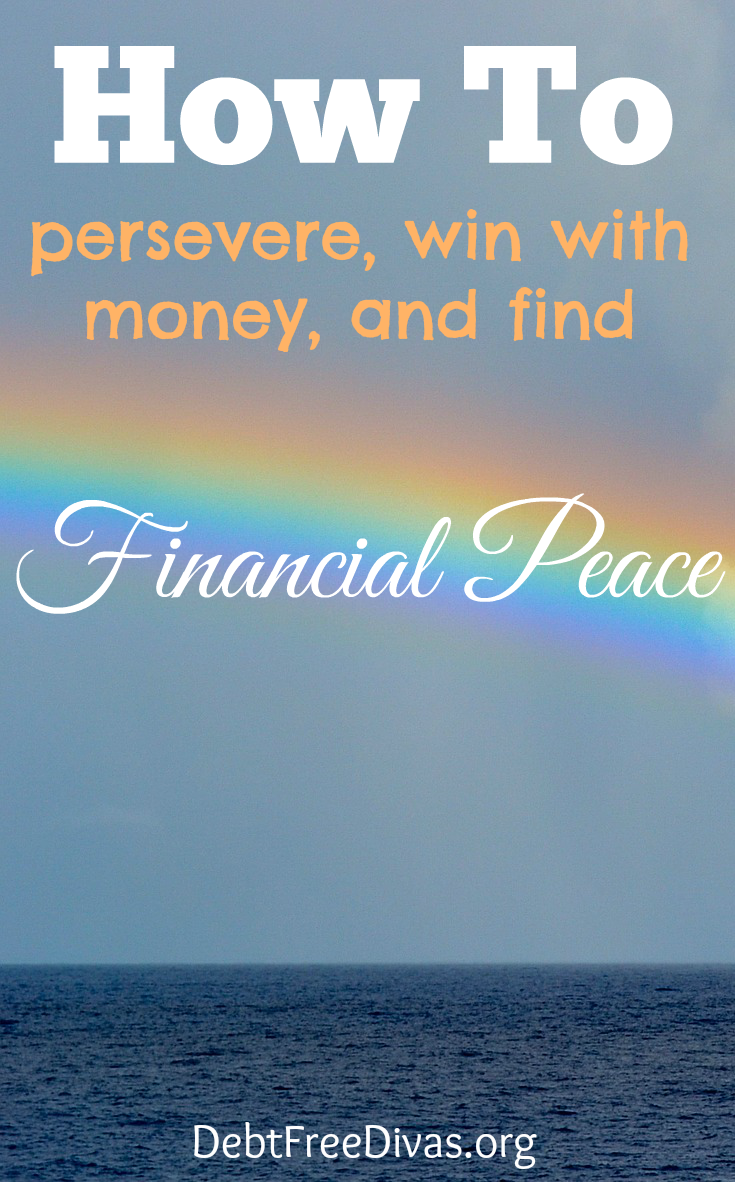