Brittany, like many of us, felt isolated while facing this debt burden. Should we keep our struggles to ourselves? What will others think if our money mishaps become public?

Thankfully, she and a co-worker hit upon an idea – the Power of Community! They began working together, sharing ideas, and providing each other accountability. They became Money Buddies!!! They share their progress toward financial freedom (while enjoying life) on a blog called Fun on a Budget.

Brittany shares her story of overcoming fear as she faces down debt in this New Year New You profile. 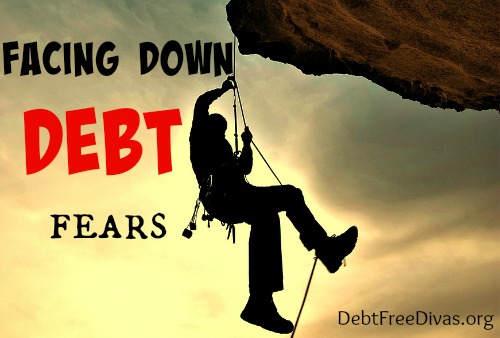 1. How long have you been actively working on your goal to eliminate debt? My student loan debt makes up the majority of my debt, and payments were due starting the November after I finished graduate school which was November 2011. I also (idiotically) bought a car in October 2011 because mine broke down. So technically all payments began in November 2011, but I really started budgeting and tackling debt with a vengeance in January 2013.

2. What prompted you to begin? By fall 2012, I’d been making payments toward all of my debts and decided to look at them to see how much “progress” I’d made. I can’t remember the exact number, but with all of the interest involved and making only minimum payments, I had barely made a dent–like maybe about 1/4 of my payments going towards principal. It was defeating and scary. At about that same time, Sam and I were becoming friends and we just started talking about our debt during one of our nightly walks (with her freaking awesome dogs). I can literally remember where we were in our walking route when we kind of had our joint debt revelation. Sam was ahead of me in the game and was able to help me get started which was awesome for me, and she was super pumped to find someone around her age that actually gave two farts about getting serious about getting rid of our debt fast.

3. What scared you about publicly admitting the debt amount? Why was it difficult? The scariest part of publicly admitting the debt amount was that it was such a personal piece of information and it was a big number!! It kind of felt like publicly proclaiming your weight. Initially the fear came from worries about how other people would judge me based on my idiotic moves in taking on so much debt. At the point of initially sharing the number, I also wasn’t equipped with a lot of progress to back up my plan, so that was difficult too. To talk about debt now is much easier because I can also share how much I’ve paid off. The sympathy advice from friends and former friends has really faded out—thank goodness!

4. You blog with a buddy about budgets and getting out of debt. What led you two to start the blog and how has it helped your progress? Sam and I were talking about our debt and geeking out together over our cheap fun and budget spreadsheets for about 6 months before we decided to start the blog. At the time we started to play around with the blogging idea, I was getting ready to move from Kansas City to Phoenix, and the blog had many possible positive side effects. We thought it would be fun, a great way to stay in contact with each other, motivating for us in our own personal debt journeys, and a way to help people like us that were a little bit shier about their hefty debt and no idea what to do with it. Having the blog has 110% helped me pay off debt at a faster pace. Not only do I keep close tabs on myself every month when I write a debt progress report, but I also get motivated by other people’s success and ideas. I’ve found a lot of other blogs that have helped me find more ideas/ways to make money and save money.

5a. How has wedding planning been affected by your goal to dump debt and fix your finances. I am getting married in February!!! I am the only girl in my family, and I have amazing parents who wanted to monetarily contribute to our wedding. It might be a faux paus to give you exact info, but I’m not too fancy [neither are we – we appreciate the details] so I’ll just lay it all out for you. 🙂 My parents decided to give us $10,000 and we were free to spend it all or keep whatever we didn’t spend. I wanted to make sure that we were realistic (which to me means had enough but didn’t start spending on silly things) with our budget so I saved another $5,000) and we planned our entire wedding on that amount. It’s naturally in my fiancé and I to not spend money on things we don’t care about, so those outrageous wedding expenses are our kryptonite and it’s actually been fairly easy (knock on wood) to stay within budget.

5b. How early in the relationship did you two begin sharing details about your financial status? I really think that from the beginning we were both extremely honest about our views on money (spending, making it, etc.). Part of the reason we hit it off well and have continued to strengthen our relationship is because we were just naturally on the same page with money. We are both cool with flea market and hand me down furniture, but we like to save and spend our money on travel and visiting family. I can’t remember the exact moment we shared our debt amounts, which is kind of crazy now that I’m reflecting on it–because both of our debt totals started out pretty hefty, and it seems like it should have been memorable to hear. That probably means that by the time we shared those numbers we liked each other enough that we were willing to take those thousands of bad with all the good that already had us on lock down, haha.

6. What’s the biggest lesson you’ve learned thus far in your debt free journey? The biggest lesson I’ve learned is that everyone’s life is different and they need their own strategy for paying off debt or maintaining financial security, and each person needs to find what works best for him/her. Once you find that, it’s all about staying motivated and keeping your perspective on the big picture when it feels like progress is minimal or nonexistent.

7. You’re almost half way done. When do you expect to reach your goal? Oh my gosh, I dream of all the debt being gone at least once a week, but I try to be realistic about my expectations. I have a goal that is more of a window because life is full of variables (i.e., wedding, moving, job changes, kids), and I’m always reminding myself of that. I would be extremely disappointed in myself if it wasn’t gone within the next 2 years–but the ultimate goal is to have it gone within the next year and a half. Getting married is going to increase the income, but the debt will increase too–so goals will have to be reevaluated.

8. What do you hope to focus on after achieving debt freedom? I’m really excited for life after debt freedom. I’ll be able to put more money towards retirement without worrying about it being needed elsewhere. I’m also super excited about the flexibility it will bring into my life–whether that is more time or more money–it will impact my ability to care for the family I am starting in just over a month!!

Find more profiles in our New Year New You 2015 series. 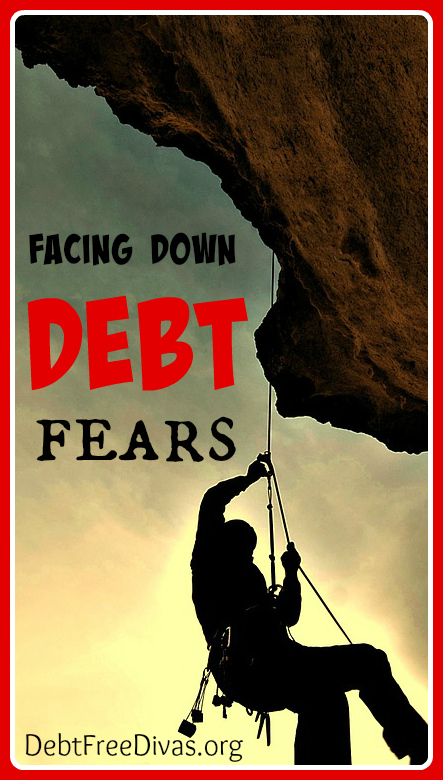 Popping the Debt Myth BubbleMy Tango with a Timeshare Continues