How Even Steven Made the Adjustment and Paid Off $100,000 of Debt 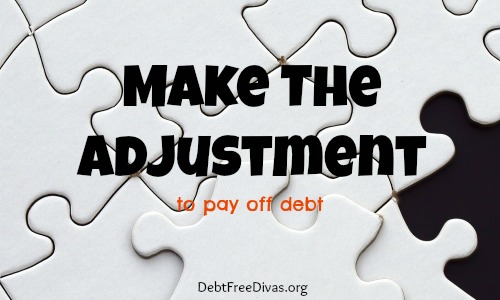 Listen To The Full Interview:

Steven worked his way out of a massive amount of debt, back to even, with the support of a new wife, an encouraging online community, and a wake-up call.

Before then, he has visions of greatness. We all do. In his mind, he was going to be rich and the bills would pay for themselves.

Only when things didn’t pan out as planned, he had to reverse course and overcome a mountain of debt. Even Steven had to start over from square one.

Steven knew something needed to change. Can you relate? He tried to avoid the inevitable until nearly reaching a financial rock bottom that made it impossible to ignore. He was in financial dire straights.

Of course not. That’s why he’s a guest on the Midday Money Show.

I love a great success story. It’s further proof that you too can fix your finances.

You to can make the necessary adjustments and pay off debt that’s holding you hostage.

When you click play on this episode, you’ll be doing exactly what Steven did to accomplish his goal. Learning the language of personal finances. Immersing yourself in helpful resources.  Taking inspiration from the accomplishments of others.

Are you on the fence about getting started?

Do you need a little kick in the pants to make the hard choices required to improve your debt free momentum?

Steven is a cool guy who was cool enough to really open up about the personal struggle behind his desire to pay off debt – especially when the ego gets involved.

Trust me. You can relate.

Topics Covered on this Episode

How She Saved $100,000 in 3 YearsFiscally Fit II – Expert to the Stars with Basheerah Ahmad