5 Financial Reasons to Avoid Co-mingling if you Cohabitate

As this experience running a laundromat officially winds down, I was recently engaged in conversation with yet another colorful personality. We’ve had the laundromat since 2003. This most recent exchange reminded me of some of the more memorable characters we’ve met over the years.

Let’s just say owning a laundromat has been a different kind of experience. 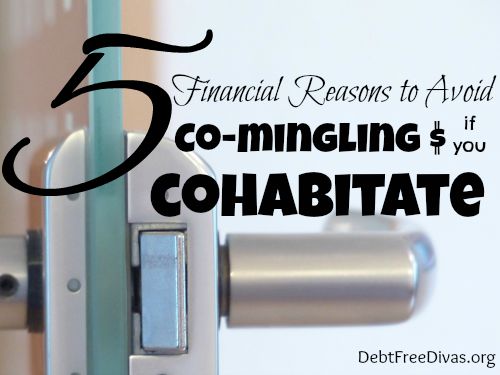 The process of finding short sale prospects has proven to be it’s own roller coaster ride. A very interested, potential buyer toured the store and then called me later for my advice on a non-laundromat related item. She wanted to know – “woman to woman” – if she should consider going into business with her live-in boyfriend.

Let’s just say, her side (and there are two sides to every tale) did not paint “her guy” in a positive light. She is less than happy with the current state of their relationship, yet the prospect of buying a business has caused her to ponder the financial ramifications because he wants to be involved.

She should absolutely ponder the ramifications.

She asked if Illinois is a common law state. It isn’t. Her situation, of course, led me to think about the financial implications that couples who live together before marriage must navigate.

I am biased. Cohabitation would not be my preference. I do, however, understand there might be a financial upside to living together. Shared expenses – assuming both parties have an income – means more money to potentially pay down debt faster. That’s a huge plus.

I also realize that living together is very common and increasing in popularity every year. The census bureau puts the number of unmarried couples sharing one roof at 8 million as late as 2013.

There are real implications that co-mingling finances before marriage triggers. Let’s review a few.

1. Common law marriage laws vary. No one enters a committed relationship with the expectations of leaving it due to irreconcilable differences. Yes, 40% of marriages end in divorce. Some studies state that half of cohabitating couples that start without a specific intention to marry call it quits. 15 states in the union have common law marriage legislation that may entangle couples who live together in a non-ceremonial fashion.

Since these couples don’t have a legal solution such as divorce to help split assets, determining who gets what if finances are mingled can be tricky and costly.

My potential buyer’s concern, well warranted, was would her live in boyfriend have any rights to her investment in the case the the relationship goes south.

She might be safe here in Illinois, but who wants to pay for legal advice just to say bye-bye to an ex-boo?

2. Separating is cleaner if things go badly. This can be a double edged sword. Keeping separate accounts can unintentionally create a psychological rift. During relationship rough patches, people may be less willing to work through hard times if an exit plan is clear cut. However, in the case that the relationship doesn’t go the distance, keeping separate accounts protects you against undue stress in the event of a break up.

3. The financial transition period is truncated. If couples neglect to spend time planning their financial next steps – even in the context of wedding planning – the merging happens while living under the same roof. A couple can discover significant differences in money management habits (as can newly married couples). However, the exit option is less complicated for couples who live together and don’t marry and can make couples less willing to work through those early challenges.

4. Living together doesn’t generally lead to marriage. Of course everyone’s relationship is different. I personally know several instances where cohabitation seems to work well or has led to a lasting marriage. However, researchers find that – in general – living together doesn’t necessarily end this way. If cohabitation is to be a step in the direction of marriage there are two things working against you:

Since the chances that your relationship may not survive are quite high, before you say “I do” keep your financial affairs apart.

5. Property transfer rights add another level of complexity. What happens to your half of any joint assets with a non-married partner if you die? What if one or both of you has children? Would your children have to share assets with the children of your partner? Are you willing to set up the required legal documents that spell out what happens in these situations? For those buying big ticket items together, you really should discuss these outcomes.

Everyone has the best intentions when a relationship is new and uncomplicated. I realize that couples who divorce must deal with similar issues – and it’s no less frustrating. However, I can only deduce by looking at the pros and cons that merging finances before entering into binding union is not a good money move.

So, I had this response when asked would I enter into an investment transaction with a person to whom I was not married. Absolutely not! 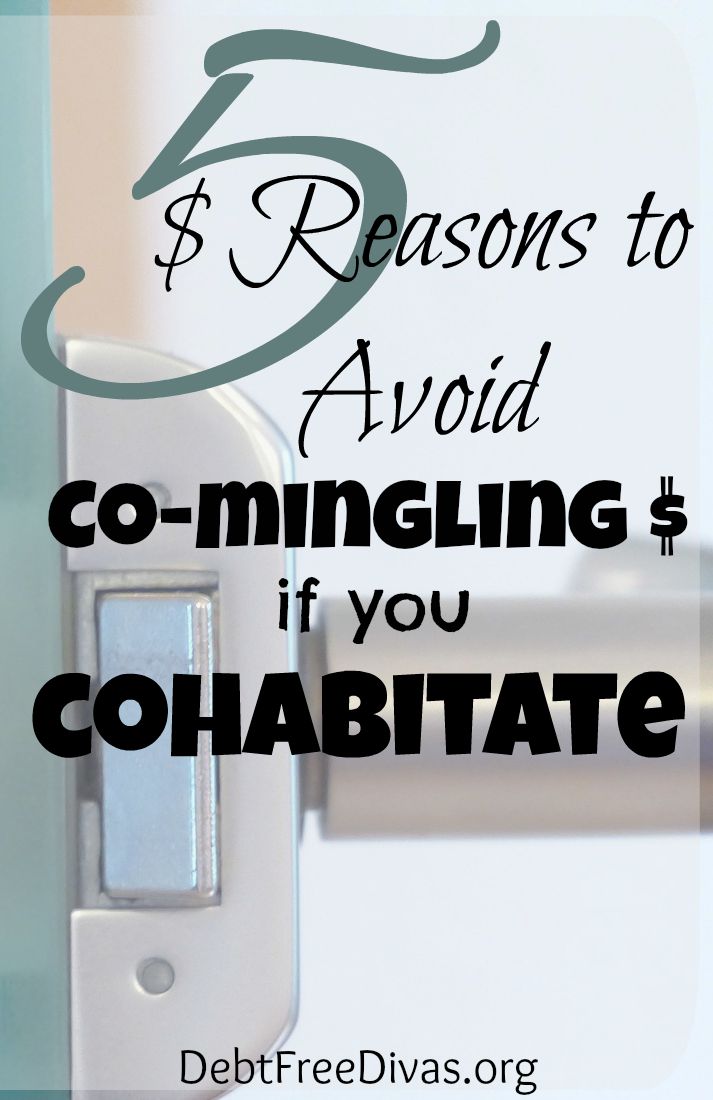 Is Home Ownership Still Worth the Hassle?Sunshine Blogger Award